White privilege is not having to know what privilege means

A friend posted a comic on Facebook today and made the comment that he believes that white privilege is being overblown. Another called it apologist garbage produced by yuppies who've never known poverty. My response got so involved that it deserved its own post.

If you are white then you can get up in the morning, throw on a pair of ratty jeans and a sweater from your closet and saunter out the front door without a second thought. You don't have to make sure that your hoodie isn't so thuggish that it attracts police attention. You don't have to learn the right way to take your hands out of your pockets without getting shot. You likely don't really understand what that sentence even means. That's white privilege.

I grew up poor as fuck. I still vividly remember begging my mother to spend $16 on a pair of shoes instead of $12 because even though they weren't brand name, they at least had high tops like the other kids wore. Looking back on it, I'm thankful that we had the ability to sometimes (rarely) buy new things and I'm grateful that she made that a priority. 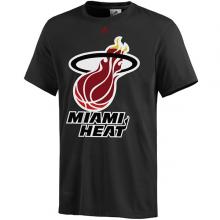 My aunt sent me a Miami Heat tshirt once and I wore it proudly. It was my favorite shirt, and then one day another kid said, "I just gave my Heat shirt to Goodwill; are you wearing my old shirt?"

Twenty five years later and I'm crying as the memories of burying that shirt at the bottom of the trash bin flood back. To this day I have a visceral reaction to the idea of buying a used ugly sweater at Goodwill for some stupid party.

I was lucky and hard-working enough to dig my way out. But I didn't let that cauterize my empathy for other people who're systematically marginalized. In fact, the experiences have given me a more complete understanding of what it's like.

I spent most of my formative years in a little town smack dab in the middle of the Yakima Valley--which boasts what may be the best apple orchards in the world. Much of the work was seasonal and ag-based. The town was primarily Hispanic and Native American.

I didn't have the money to fit in with the rich white kids, and I didn't have the skin color to fit in with the rest. I distinctly remember what it is like to feel eyes crawling over you when all you want to do is go about your day. I remember going to one of my best friend's Quinceañera and not having the slightest idea what I was supposed to do or what they were even saying. I remember feeling guilty as they were mindful to speak English to accomodate me.

I also remember when it was that I started to understand my own privilege. A (white) friend and I thought it would be fun to make prank phone calls. We sent people to the local hardware store to pick up fabricated prize winnings. We impersonated characters from Saturday Night Live. And we inadvertently made vaguely threatening statements to a woman who was being stalked.

It was my first time inside a police station. As the wrist slapping was being delivered, I kept waiting for the real retribution to begin. And then as we walked back out I puzzled to myself, "this isn't how it's supposed to go." I'd seen what had happened to friends and friends' family members. But not us. It didn't even go on our records.

I'm in a place in life now where I'm on the other side of that line. I see veiled white privilege every day and my life experiences have given me the ability to identify it.

I've been with male black friends and have seen them unconsciously cross the street so they didn't frighten white women with their simple existence. White privilege is not even knowing that's a thing.

I've heard family members make summary character judgements on subjects of newspaper articles simply based on their non-white skin color. White privilege is not having to fight that first impression.

I hear people, even good & well-meaning friends, grouching about scholarships awarded to persons of color on basis of race and calling that "reverse racism." White privilege is not realizing that even with the scholarships, degree earning distributions are barely keeping up with population distributions.

White privilege is the ability to be oblivious. Have you ever walked through a ghetto and worried about being mugged? Did you put your phone away so nobody saw it? Did you look around nervously, feeling the anonymous judging eyes on you? Did you walk big to make yourself less of an inviting target? Privilege is not feeling like this every minute of your life.