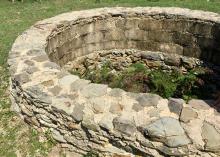 I had the amazingly good fortune to spend nearly two weeks in Cuba with an entrepreneurship outreach program recently. As you might imagine, there was a bit of bureaucracy involved. We had to go through several layers of travel agencies and the Cuban government had to approve our detailed itinerary. They’re not really known for welcoming this kind of attention on the brilliant Cuban minds working to evolve their economy. It’s not exactly clear how well it fits into the Cuban model, you see.

But that’s what we were there for. Because of the isolation between our two sister countries, we know very little about what works or doesn’t work in that model. Even more so, with the Blockade in place, we’ve never really had a true picture of what could work. We probably learned more from the Cuban entrepreneurs than they learned from us.

I’d like to relate one interaction in particular and describe the lesson I took from it. His name was Fernando, and he was building the ultimate fresh food coop. It would have been right at home here in Portland! It’s very difficult to import goods into Cuba, so all of the tools and machinery and facilities were created by hand by repurposing materials or via makeshift processes he’d invented. The manure from his barn was processed via a hand-built digester into biogas that was used to power his home’s lights and ovens. He was using advanced growing methods, including water distribution, crop rotation, and fertilizing with slurry byproducts from the biogas generation. And he had a hand-dug well powered with a solar panel.

The well is what I’d like to talk about today. And you might be surprised at how low-tech of a message I saw in it. It all started with a shovel, a pickaxe, and a dream. Seven months later, it was done.

Fernando and his mentor, an older man named Juan, spent a few early morning hours on the project each day. Imagine what it must have been like to spend seven months of mornings in a deep dark hole, digging and sweating next to a man who held your utmost respect–if he didn’t when they got started then he most certainly did by the end. The days following a late night on the town were always the roughest, but Juan would always wake him up when he overslept. I’m sure that a few days of hung-over digging quickly brought clarity of which parts of life were truly important.

The well appeared to be about 3 meters across and was 14 meters deep. That’s 46 feet of rocky earth. You could upend a full sized tour bus and tip it into the well with room to spare. I still struggle to comprehend the enormity of the task. I peered into the depths, but it was only a matter of feet before the darkness and overgrowth obscured my vision. “What a Sisyphean waste of time,” I thought. “What a gargantuan pain in the ass.”

Every dislodged stone had to be painstakingly hauled to the surface. Every shovelful of dirt had to be winched out in a bucket. Every layer in the strata and every tree root was another obstacle to overcome. And each of these obstacles clearly took time away from tasks that really mattered. There’s work to be done. Emails to answer. New markets to research. New fertilizers or planting methods to maximize yield of the plot space. We need a drilling rig here, stat, time’s wasting!

But then Fernando dropped the bomb. “It was a great experience for me,” he said. “I’m glad to have had that time.”

As he explained, I began to understand Cuba. He didn’t need to minimize labor costs and maximize production. His goal wasn’t to dominate a market. He was trying to do his part to better his community. He spent that time getting to know what he was capable of and learning life lessons from one who’d gone before. His bonds of trust and respect for Juan deepened. Every layer they dug through gave him a better understanding of the soil he was working. When they finally reached the water table, he had accomplished an amazing feat of endurance and he didn’t have to worry about answering emails on time or meeting SLAs to do it.

When he came back out of the well seven months later, he was a different person. A better person. He went on to build his farm and the cooperative around it. He designed classes so he could feed the local children tasty lunches while teaching them how to prepare meals with fresh produce. He figured out efficient methods for distributing produce daily to each of his clients. He worked with his neighbors to build an energy sharing grid. And much of the inspiration came during his months of well digging.

What an opportunity for soul searching and building a connection with the Earth and source of your livelihood! Every dislodged stone, every shovelful of dirt, every layer in the strata built his character. I don’t think that I’ve ever had such an opportunity, and I’m not even sure what I’d do with it if I had.

But I think it’d be good for me.