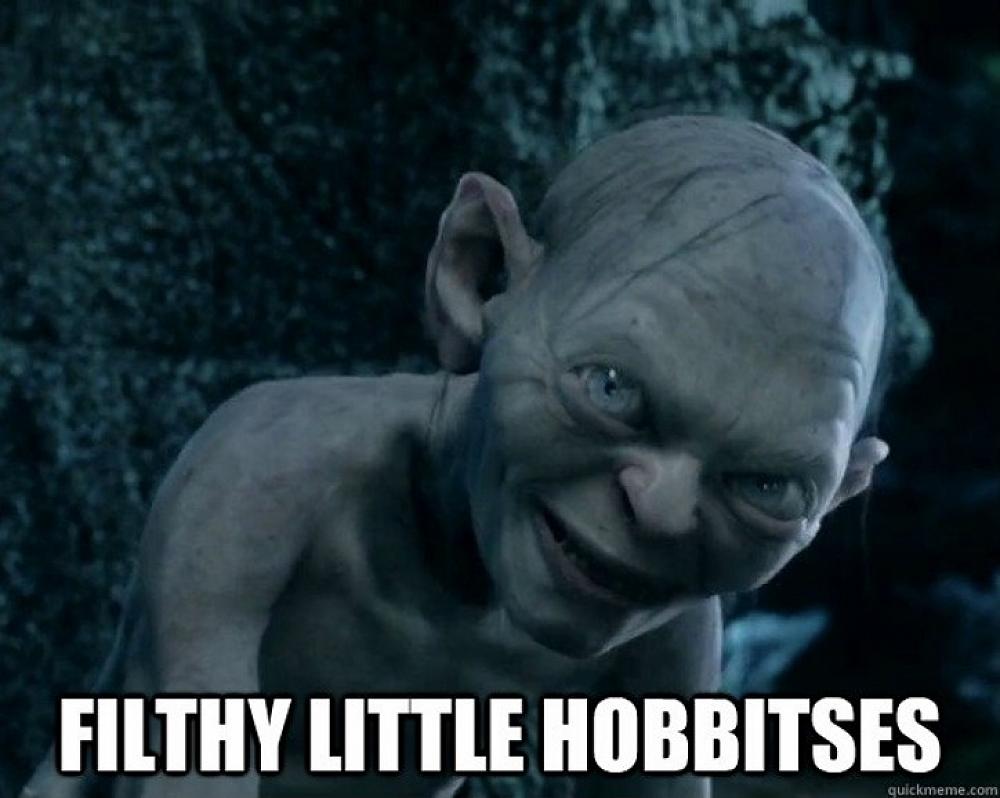 Containment has always been kind of a sticky subject in the Puppet world. Part of the confusion is that that Puppet tries really hard to handle on its own so that you don’t have to care about the weird little implementation details of how ordering relationships are resolved.

But that just means you’re not expecting it when it does raise its nasty little hobbit head.

Let’s talk a bit about how containment works so that you’re not surprised by an unexpected production outage caused by an unforeseen dependency issue.

We’ll start with ordering and the DAG. Directed Acyclic Graph is a scary sounding phrase, but it’s far less complex than it sounds. It’s basically the same as those “draw this shape without lifting your pencil” games (for the graph nerds: swap the nodes and the edges.) Effectively, all it means for an end user is that Puppet can only do one thing at a time, so no matter how many resources or relationships you add to your Puppet code, it has to be able to resolve those into a linear list of configuration specifications to enforce. It walks the graph of resources to generate this list.

Usually you don’t care about order. If you have 27 files to write and 19 users to create they can almost certainly be done in arbitrary order. But sometimes it does matter. For example, if you have a package to install, a configuration file to write, and a service to start, then they normally have to be done in that order. It doesn’t make sense to start a service before it’s been installed or configured.

Now, and this is where containment comes in, often these then become part of larger dependencies. For example, if you’re creating a MySQL user, database, or table, then all of those MysQL related resources have to be enforced first. For this to work reasonably, Puppet contains resources in the class they’re declared in so that relationships like this work.

This makes relationships both super useful – and also nearly transparent. They Just Work™️. But what if the mysql was defined as a couple of sub classes? Let’s take a slight diversion for a moment and come back to this.

Puppet also has the concept of idempotence, also a big and scary word. Basically, all it means is that if you assert something multiple times, then it should have the same effect as doing it once. If that behaviour cannot be guaranteed, then Puppet only allows it to be used once. (This, by the way, is one of the reasons that many auditors will accept Puppet code as proof of compliance. The state described in the Puppet code is the state enforced on the node without confusing layers of potentially indeterminate overrides.)

This is often useful when including classes in your catalog. Let’s say that your security team has developed a baseline_security_profile class that ensures that remote login is disabled, insecure services are disabled, kernel parameters are tuned to prevent fork bombs, etc. They’d like you to ensure that it’s enforced on ALL SERVERS. One way to do that is to just include it in all of your profiles. The include function works like require in Ruby or include_once in PHP. It will evaluate and include the class only if it’s not already been included.

Ah! But we’ve neglected to define the profile for Rob’s test app itself. One wrinkle is that it creates a mysql user when it’s enforced. Let’s take a look at that class now:

The neat thing is that Puppet is smart enough that this will almost certainly just work again. But now, pop quiz time, keeping in mind three things we mentioned above:

It’s a trick question, of course.

The answer is that to meet all of those conditions, classes included or declared in other classes are not contained the way resources are! They actually float off in the dependency graph with no relationships to them unless explicitly provided.

You’ll see that most of the classes on that graph are disconnected. They don’t have relationships to or from any other classes or resources. Puppet explicitly excludes classes from the automatic containment that I described above, so only the class with explicitly defined relationships has any relationships defined. It’s impossible to tell which order these resources will be applied in, and that’s a good thing because that’s what lets us seamlessly include classes any time we know they’re going to be needed.

This means that if you’re writing a class and you include another class, you should be aware of whether ordering relationships expressed on your class should also apply to the classes you include. If so, then you need to intentionally specify those relationships by containing the class yourself. This, of course, isn’t magically transitive. Any classes you contain should in turn contain any classes that they require to to be ordered.

The original containment technique used a sneaky trick with anchor resources. This pattern is mostly deprecated at this point, but it’s useful to start there because it makes the newer patterns much easier to understand.

Remember that we said that classes won’t contain other classes, but they will contain resources? And that you can specify ordering relationships on classes. That means that if you put “bookend” style relationships between the class you want to contain and other resources in a containing class, then you’d effectively do the same thing as containment.

Look at the difference between these two graphs:

As you can see, adding those bookend relationships, User['alison'] -> Class['contained'] -> User['tyrone'], effectively trapped or contained the other class and now you can expect relationships on the container class to just work.

This requires you to have resources to bookend with, of course. You could use notify resources, but that would add noise to your reports. It’d be nice if there were resources that didn’t actually do anything…..

Turns out, that’s exactly what anchor resources are. They exist only to put a node in the dependency graph that you can put resources on and have no other effect. So you can write that class like so to get the same containment behaviour.

That’s really it. Containment isn’t as mystical as it sounds.

The new patterns use functions to achieve similar ordering properties. They don’t muddy up the graph with extra placeholder nodes, but they result in the same behaviour to the end user.

Note that the require relationship will not transfer to classes included within the named class, unless those classes are themselves also contained. Classes which include other classes are always responsible for determining whether those classes should be contained.

If it’s this easy to contain a class, why not just contain all the time? Just globally replace the include keyword with contain? Turns out that it’s actually not just that easy. The include function exists to get the “it doesn’t matter what order, just make sure this is in the catalog” behaviour.

Let’s look at that baseline_security_profile example again, but port it to use contain and require, whether or not they’re needed.

Look carefully at the graph and you’ll see two loops, meaning that Puppet cannot resolve it into a linear list of resources to configure. This will cause Puppet failures and no configuration will be enforced.

There are two lessons to learn from this:

For example, if that baseline_security_profile class performed some Yum or Apt repository hardening, it’s sensible that it should be enforced prior to any package installation. It also makes sense for the security team to own the lifecycle of that configuration. As such, the baseline_security_profile should likely contain any subclasses responsible for repository hardening.

These are obviously heuristics and not hard & fast rules. But you’ll find that the fewer relationships you specify, the fewer dependency cycles you run into. As you build more and more complex configurations and reuse more and more code, you’ll be glad to not have architected yourself into a dependency corner.