By now in your Puppet career, you’ve almost certainly been exposed to the phrases declarative state or state modeling. You may even have a pretty good idea of what the words mean. But how in the dickens do they relate to configuration management? The confusion only makes sense. We’ve been writing shell scripts to provision, configure, and even boot our computer systems for forty years. It’s going to take a mighty strong argument to change that habit now.

I hope this post can make that argument for you, because being set free of procedural implementation details is exhilarating.

To separate ourselves from any preconceived notions, lets talk about something as far unrelated from configuration management as we can. My father is a fairly accomplished painter. He works in oil and paints mostly natural settings; wildlife, mountains and streams, old barns. In my living room, I have a beautiful snarling cougar he painted for me after the school mascot of my alma mater.

The ordering elephant in the room

There is a certain process to working in oil. First you must wash the background of the painting with any base colors you are using. You’ll need to lay down only the darker colors of your background first, so often this is just a complex gradient. Perhaps you’ll choose a few shades of black, blue, and purple to provide the backdrop for the evening sky. Next, you must let that layer dry, so when you go over it with another shade the colors will stay separate instead of blending into a muddy brown. Then you cover the entire painting with the next layer, which might be the highlights of that stunning sunset in the background behind the subject of your masterpiece.

This process goes on for many days, even weeks or months, which is the reason I’m not an oil painter. I’ve got no patience for that!

After many iterations of drying layers, we finally come to the foreground of our imaginary painting. Lets say that there’s a stream with a handful of stones breaking the water and a copse of maple trees nearby. Clearly, the rushing water must be painted after the stones as the water will be covering them, but which stone should you paint first? The one on the left or the one on the right? The one upstream or the one downstream? What about the trees?

The key here is that it doesn’t matter. There is a relationship between the water and each stone, but it really doesn’t matter which stone you paint first. Simply paint them in any arbitrary order that happens to be convenient to you.

Puppet works much in the same way. When you are provisioning a new server, you usually have a handful of things you’ll need to do first. Maybe you’ll need to configure a local yum repository so that any packages that get installed come from your own personally vetted packages rather than the upstream repo. But it doesn’t really matter whether the oracle user gets created before the ProFTPd service gets started. (Does anyone still use FTP? I jest, I jest.) And it doesn’t really matter when the logrotate parameters are tuned either.

Simply describe the things that you need Puppet to configure and provide ordering hints only when needed. In that way, Puppet knows that the ProFTPd server we started up there should actually be installed first, but it knows that it doesn’t have to be concerned with other ordering details.

Why does that matter?

You are a good sysadmin, so you’re familiar with these three tenets of the Unix philosophy, the Rule of Modularity, the Rule of Composition, and the Rule of Separation. The grep tool does one thing, and it does it really freaking well. cat also does one thing, as does sed and tail. You’ve written hundreds of shell scripts that chained these tools together and combined them in interesting ways. Let’s apply those same ideas to our configuration management. When we write a module to manage sysctl, the module should manage sysctl and only sysctl. It doesn’t write interesting aliases into root’s .profile to provide tweaking shortcuts just because it can.

Instead, we use the concept of composition. We take the MySQL module, and the sysctl module, and then we write our own little module that manages users and their login scripts. Each of those simply gives us one unique component of our configuration. Then we can define a database server as just a list of these classes and resources. It doesn’t really matter if the mysql package is installed before sysctl is tuned, or before the dbadmin user is created. Building up a new database node is now just a matter of assigning it a list of classes.

What happens if you want this database node to also run the Nagios monitoring agent? You guessed it! We simply write a nagios class and add it to the list.

Don’t depend on artificial execution order. Simply describe your node as a list of the configuration classes you want applied to it.

This is not a fancy shell script engine

Let’s go back to our painting for a moment, and hope that it’s all dry by now. Imagine that your mother calls on the phone and asks what your creation looks like. I’ll bet your conversation goes a bit like this:

So first you start with a blank canvas and wash it with a charcoal color.

Yeah, and then you sketch in nine smears of this shade of orange up in the top right corner.

What are you talking about?

And then get out the purple, because there’s a bit of a smudge in between the orange.

This is why I hate talking to you. I just wanted to know what you painted.

But I haven’t even gotten to the blue-grey yet! It’s a beautiful shade…

Nobody in their right mind talks like that. Instead you’d tell her, “Mom, it’s this really gorgeous sunset exploding over the horizon behind a serene mountain stream burbling over some stones. Oh, and there’s trees!”

She’s not interested in the steps you took to create this painting. She’s just interested in the end result. (We’ll assume for the purposes of this thought exercise that she’s not a fellow painter looking to geek out herself). That is the sort of relationship we would like to have with the server nodes of our infrastructure that we are managing with Puppet. Dear Puppet: I don’t care what you do, or how you do it, but when you’re done, it would be absolutely peachy if my server looked like this.

Our second lesson on state modeling:

Don’t give Puppet a list of actions to complete. Instead, describe what the end result should be.

There are a handful of classic catchphrases in configuration management. The most famous of which is “never get involved in a land war in Asia,” but only slightly less well-known is this: “Everything is about managing resources.”

The key is that a resource is one singular thing that Puppet has control of. This resource is managed in terms of attributes, which are simply properties of that resource. For example, if we talk about your car, you might say that it has attributes such as color or number_of_wheels. Further, you could say that the value of the color attribute was red and we’d know that your insurance premium will go up.

Notice that we don’t say anything about HOW it was painted, or whether it was painted before the wheels were bolted on or after, or what color it was before. It may have been blue last month, or maybe red is the first color it was painted. We don’t particularly care. What we do care about is that your car has four wheels and it’s red.

Focus on the result

We approach configuration management in much the same way. Instead of writing actions to manipulate files on disk, or to perform tasks for us, we simply cut to the chase and describe the state that we would like the result of our Puppet configuration run to be. A file resource, for example, may be described in terms of content, of owner, of permission mode, etc.

This means that you no longer care what the pre-existing state is. The machine could be a newly provisioned EC2 instance with absolutely nothing configured, or it could be a grizzled old beast who’s been in service for months and has Seen. Some. Stuff. No matter what the state going in to the Puppet run, the node comes out of it configured the way your Puppet code describes.

Our third lesson on state modeling:

Don’t manipulate files or resources on your servers. Describe the desired configuration as a list of resources and the attributes of those resources that you care about and manage them completely.

When is a door not a door?

When it’s ajar. But seriously, when you are declaring state, a resource is or is not in a certain state. The declarative paradigm says that when a certain class is applied to a node, it will always have the same predictable effect. Because of that, one can read Puppet code and have a reasonable understanding of the complete configuration of the system in question. 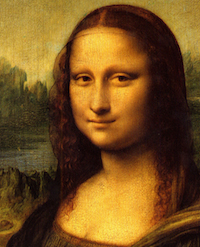 Let’s return to the painting metaphor one last time. You may recognize this painting; it is rather well known. Let’s say that by some stroke of luck, it was hanging in your living room. What color would her blouse be? Would it be red, like your car, to match the decor of your living room? Would she be sporting a bright pink Mohawk, just to be rad? Of course not! If it were, it would no longer be The Mona Lisa. A thing either is or is not that thing, except for a certain cat owned by some dude named Schrödinger.

It is foolhardy to attempt to configure a resource, such as a configuration file conditionally based on other elements of the server. For example, when building a database server like we did above, it’s common to want to tweak sysctl parameters and iptables firewall rules. The naive Puppet coder might attempt to write a class that somehow queries the node for services that are running and builds the rules required for those services. This is an extraordinarily fragile anti-pattern and it breaks the self-documenting expectation of Puppet code. You can no longer predict the effects of this class.

Instead, we work the other way. We’ll choose to use a sysctl module and an iptables module that expose other resource types that we can use to build a class that is completely self contained and completely predictable. Remember that Rule of Composition? Our class will contain our mysql::server declaration, any sysctl parameters we need tuned for MySQL, and all iptables firewall rules our database configuration requires.

We’ve come to our final lesson on declarative state modeling:

Don’t write overly complex be-all, end-all scripts that react to unpredictable circumstances. Instead, write small, simple, testable and modular blocks of configuration that can be combined to build the complete configuration you need.

And that kind of sums it up. Don’t worry about ordering except when it matters. Describe the end result and let Puppet worry about the implementation details. Manage the resources you care about and manage them completely. Don’t try to invent clever schemes to manipulate existing resources. And finally, channel your inner @finch and write modular Lego code.