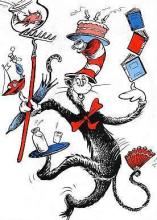 The traditional development cycle for training courses, technical or otherwise, is a little different from the software development you may be used to. Think of all the artifacts in a typical training course. You probably get manuals to take home. There might be a few videos to watch. Instructors must be trained on the material. Labs and exercises must be designed and tested and tested again. Marketing assets must be generated and distributed. Facilities must be booked, along with any network requirements. If it sounds exhausting, that’s because it is. That’s why most training courses have a measured development cycle. A course is developed, proofread, tested, debugged, and then released. Put a fork in it, because it’s done. Time to start again on the next course–scheduled for release in 6-8 months if you’re lucky.

My Puppet Labs training is a little different. We move at a different cadence and might release three times in a week, if needed. Read on to find out why and how we manage this without losing our sanity.

Our training department works closely with the Engineering team and the Docs team to generate material ahead of time, but nothing replaces real world testing of the final product. To meet our exacting quality standards in a traditional1 development process, we would require a long testing and revision process after each Puppet Enterprise release dropped. That’s not acceptable. We pride ourselves on releasing training courseware updates along with every major Puppet Enterprise releases. This means that we have to be ready with new material the day the PE download drops.

And the reality of working with a fast moving software project is that… well, that it’s fast moving. Doubly so if it’s built on an Open Source core, because that allows us to iterate that much more quickly. That means that our courseware has to be that much more agile, just to keep up.

We manage that by a combination of smart tooling, a light process with multiple checkpoints to catch errors, and trusting in in our people.

In the early days of the company, our training consisted of not much more than a professional services engineer shooting from the hip with a cobbled together slide deck of material. Often as not, that material was developed on the plane on the way to the training (You think I jest… how cute.) We would correct errors as we caught them and each time a new version of Puppet Enterprise was released, we’d just update the material as needed so we were never out of date.

As the company grew up, the training matured too. Before long, we were doing all the things that real training departments did, like provide actual real paper training manuals, tested exercises, and sample solutions. We also produced versioned releases of the courseware.

We were a small team still defining who we were and building our first courses, so this worked out nicely and for a while all was peachy. Then the update cycle started. PE 2.5 came out, then 2.6, and 2.7, 2.8. Each new version of the product had major changes and new features we had to teach. Keeping up with the product release meant that we had to iterate quickly and push out a new release as soon as possible. The forced update meant that errors would be caught soon after release, so we’d have to push out an errata update… and then another. Each time we released, we would update the material our instructors taught from and we’d ship out new book versions. We made sure that every single instructor got the new books at exactly the same time. Or at least we tried. What we really ended up doing was reaching out to three or four instructors every few weeks to let them know that they’d been shipped the wrong book version and that they should not update to the current courseware material.

Coordinating each simultaneous release to a team of five instructors, and then ten, and then twenty became an irritating task and then a difficult task, and finally untenable. Something had change.

We did some navel gazing and came to the realization that coordinating the book printing and shipping was the bottleneck. Our instructors were perfectly capable of teaching whatever version we gave them and it was just a matter of getting them the right books. And then the critical insight happened: aside from aligning with the major product releases, did it really matter which version was taught in each classroom? If Tom taught v2.8.5 and Gary taught v2.8.6 did anybody lose out?

Coordinating a simultaneous release wasn’t worth the hassle.

Instead, we focused on the bottleneck. Does that sound familar?

Our courseware material was delivered the same way we developed it, via git. So we utilized the features of git to build an agile and robust delivery system.

When the instructor arrived in class, he or she would simply check to see which version of books had arrived and teach to that version. Even more so, the tooling self updated and made it second nature to always teach the right content without putting any thought into it. Since then we’ve never had a complaint that the printed material and the projected content didn’t match and we’ve never had an instructor panicked that the printed copy of their material was the wrong version. I consider that a big win.

Even better, it meant that we didn’t need to send out update notifications, or time the printing pipeline or work to make sure that Australia got the books at the same time that the US did. We simply pumped releases in to this end of the pipeline and on the other end, the training coordinators ordered & shipped whatever the most current version happened to be.

The second major part of our process is that we trust and enable our trainers to be active in the development process. We maintain our own presentation tool, meaning that we aren’t beholden to the whims of another company’s feature list. I added a button to the presenter that made it a ten second task to file a ticket in our issue tracker on any given slide. Honestly, the first thing that did was increase our need for incoming issue triage, but the second and more lasting effect is that I always know what I can do to improve our material. Usually in excruciating detail.

If I push out a release and it’s got a problem, I’ll hear about it before the week is done.

The interesting effect that this has had is that it keeps instructors engaged in the material. Often the ticket is accompanied by a pull request to fix the reported issue. As this has become ingrained culture in the instructors, I’ve begun to trust in my own releases more and more because I’ve got a defense line of very capable instructors to back me up.

This isn’t to claim that all is ponies and rainbows. But Puppetlabs just made what may be the biggest and most significant release in forever, and Education was right alongside with our corresponding training update. We didn’t have two months to test and that’s OK. We’ll push out an errata update or five in next couple weeks and life will go on like usual.

You might be thinking that this isn’t such a big deal, and essentially you’re right. All I’m doing is selectively applying tenets of agile software development to the development of traditional classroom training. But that in itself is pretty damn groundbreaking.