Open Letter to Tim Cook, or How I Learned to Stop Worrying and Love the Galaxy S 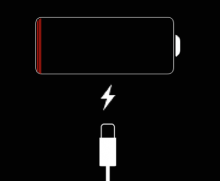 I’ve owned all the iPhones since the 3G. That’s 8 years of iPhones. And I’ve loved every one of them. But right now I’m angry and if what the Apple Store tech says is true, it might be the end.

I’m a runner. A marathoner, to be specific. That’s about 4 hours pounding pavement. And I like to record my runs to help keep track of my fitness goals. The earlier generation phones sometimes struggled a bit with 4 hours of continuous GPS tracking–usually on trail races that had spotty or non-existant cell coverage and it used a ton of battery to try to maintain a connection. When the iPhone6 was released, I was frustrated at its gargantuan proportions, but was willing (just barely) to compromise for the enormous battery. And things were great. I could go for 2-3 days without charging on regular usage and I never ran out of power on races again.

Until it got cold. And by that I mean, sort of a little chilly at 48º right now. I’m using term very loosely because I’ve not even really put on a jacket yet, except when it rains.

Now, let’s set the stage a little bit. I already told you I liked recording athletic activities, so it probably won’t surprise you to know that I recorded my skiing extravaganzas too. It’s exhilarating seeing 40-50-60mph ski tracks. It’s not uncommon to see temperatures of 0° Fahrenheit on the mountain. That’s cold. And my iPhone 3g and the 4, and the 5, etc. all handled this temperature just fine. The battery life was reduced a little bit, but you could see it dropping on the gauge so you were never surprised.

On the other hand, after roughly 25 minutes in 50° weather, my iPhone 6 with the gargantuan battery in “impeccable condition” according to the Apple tech will suddenly power off as soon as the screen lights up. Yes, you read that right. A short walk in tshirt weather kills my phone dead.

A short walk in tshirt weather kills my iPhone6 dead.

Now if that was everything, it would be a bummer but liveable. I can afford to repair it. But this is the kicker. The Apple Store techs tell me that this is expected behaviour. EXPECTED BEHAVIOUR.

I’ve been into the Apple Store three times so far trying to get this repaired. But they tell me that my battery is in “nearly perfect” condition. They tell me if I replaced the phone, the new phone would do the exact same thing. One of them literally told me to deal with it and to go buy an Android if I didn’t like it. He said, “it’s your money, man. I don’t know what else to tell you.”

Their diagnostic tools support that conclusion. I was unable to take photographs of them, but I’ve reproduced the diagnostic visualizations, as they’re very simplistic.

To the left, you can see that the battery reports its current condition solidly in the green section. The techs say that this represents a battery that isn’t brand new, but has been well cared for and is in great condition. To the right, you can see the historical depletion of the battery. It stays at 100% while it’s on the charger, and then gradually discharges throughout the day. You see a small dip, about 3-5% maybe? This is the time period in which I was riding my bike to work. I checked the time when I arrived, and seconds after the screen lit up, the phone died with 50% charge remaining.

Let’s put that into perspective. What does it really mean?

Do you notice something here? These are all the reasons that one chooses to own a smartphone. If I cannot trust in these absolutely basic and critical functions, then what is the point of owning the iPhone?

I’m going in to look at an Android for the first time ever this week. I hear that the Galaxy S handles cold weather just fine. I’m very sad about this, but I need a phone that I can trust. I don’t really know what other option I have.