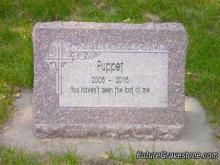 If you have not yet updated, you should make that a priority!

In other new... Environments...