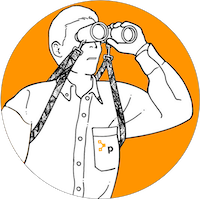 Rangefinder is the tool for you. Just run it on the source code you’re working on and it will tell you who might be affected.

The tool is basically a glorified database client. It works by identifying the component generated by that source file and then querying for the usage of that component. It can recognize Puppet types, functions, classes, and defined types.

The data used to identify downstream dependents come from a public BigQuery database containing indexed and aggregated data from both the Forge and GitHub. Here’s the query behind that command, right in the GCP console: 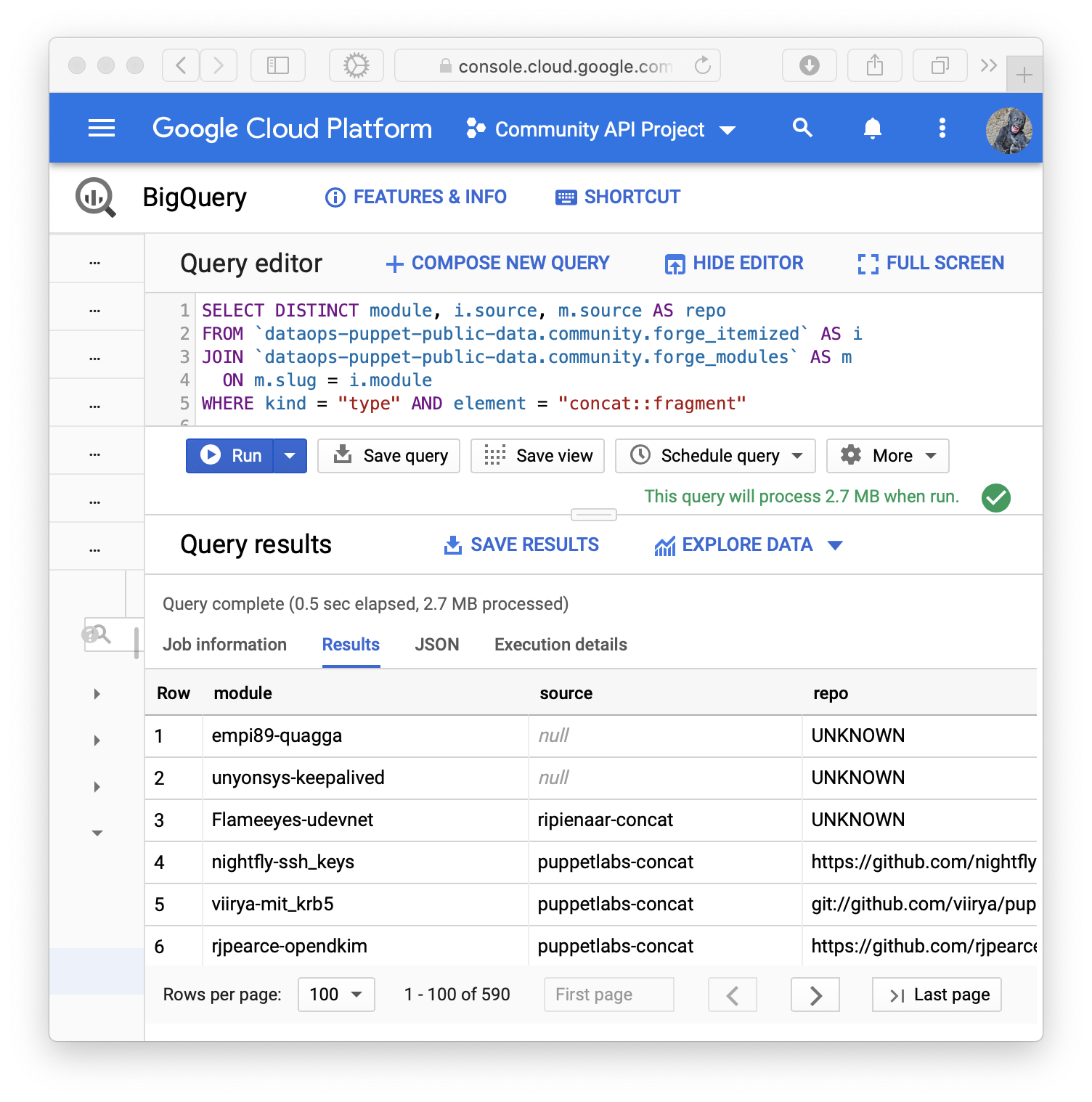 As you can see, Rangefinder uses both the source and the repo columns to tailor how it displays results. Rows in which the source column matches the metadata from the module you’re running the command from will be displayed as exact (WILL impact) matches, and ones that don’t are possible (MAY impact) matches. We’ll talk more shortly about what that means.

But first, let’s talk about how the data is collected. Each week a cron job runs a simple data aggregation tool. This does several things.

This allows you to do things like retrieve forwards and backwards dependencies, or to join data from the Forge and GitHub. For example, have you ever wondered how many Forge modules define new native types (and are hosted on GitHub)?

The coolest part, to me at least, is the static analysis it does. This uses my puppet-itemize gem which deconstructs Puppet manifests into all the types, classes, resources, functions that they declare or invoke. Because it’s not compiling, it doesn’t care about conditional logic and effectively just returns a list of all items referenced in the source code, regardless of the code path.

If I run Puppet Itemize against the first module listed in the puppetlabs/concat Rangefinder results, I see this:

The result of this analysis is saved into the BigQuery database along with the name of the module, and then when Rangefinder runs, it will match on the two instances of concat::fragment that you see in the output above.

So where do we go from here? This is actually several steps into a larger metrics project. I’m sure that you’ve connected the dots by now that so far this is only operating on already public data. You can already query the Forge API, you can look at module’s metadata.json or source code, you can query GitHub. That means that this tool is only making it more convenient to do what you could already do!

You won’t be surprised to know that I’m working on that also. It’s a much larger project because there are a ton of privacy considerations that we had to address before even thinking about asking people to enable telemetry.

Our two top design constraints while building the client were privacy and transparency and we’re now dogfooding it in our internal infrastructure to watch for sensitive information leaking. Keep an eye out for another post soon showing how that system works and how you can build your own tools to query the data it gathers.

If you’ve made it this far, maybe you’d like to try it out. You can simply gem install it and run it on the command line.

Do let me know how this works for you, and if there are ways it could work better. I’ll post next about the webhook version so that you can get this impact analysis automatically attached to your GitHub pull requests so that you know how much of an impact incoming PRs can have before merging them.