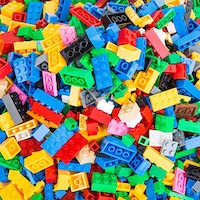 I’ve been working on the Dropsonde telemetry framework for the Puppet ecosystem for a while. If you’ve followed any of its development, you likely already know that the main focus is on providing community value and maintaining privacy and transparency.

Along those lines, the data it generates is public and you’re invited to help implement the metrics, or even to use the framework to gather your own metrics as long as they fit within our privacy standards. For example, David could use this framework to identify how many people were using Slack or Rocket.Chat integrations with the Puppet Webhook Server by checking the configured value of chatops_service.

This is a quick tutorial on building a new metrics plugin and then accessing the data after it starts rolling in. To keep things simple, let’s just count how many environments an infrastructure has. This information would be useful for any tool that works with code management, such as the aforementioned Puppet Webhook Server, Foreman, the Onceover testing framework, or even Puppet itself.

Start off by reading the privacy alert in the plugin docs (reproduced below). You should skim that each time you start a new plugin, just to refresh your memory about what’s acceptable. In our case, it reminds us not to reveal environment names themselves.

📍Important note:
We do not collect private information and we only collect information related to the Puppet ecosystem and which can provide benefits to the user for sharing.

Examples of things we will not collect include (but are not limited to):

This list will evolve as our understanding of the privacy concerns grows, so refresh your reading of this each time you write a new metric.

Next, we’ll create a new Ruby file in lib/dropsonde/metrics/environments.rb starting with the skeleton example and adding a quick description of what we’ll be gathering.

After reading through the API documentation, it’s clear that we don’t need to do anything special for initialization, to set up, or to tear down our metrics, so we’ll ignore or omit the self.initialize_environments, self.setup, and self.cleanup methods.

That leaves three hooks to implement:

The self.schema method is critical, because not only does it define what data you can return, it’s also used to generate the BigQuery schema of the table storing the submitted telemetry reports. This should return an Array of Hash objects that follows the BigQuery JSON schema docs.

In our case, the data we’re generating will be trivial–just a single named row with a number, for example:

This means that our schema can be fairly simple too. Note that we return an array with a single item. If the plugin was generating other metrics as well, each metric would be another entry in this array.

Each time the metric runs, the output it generates is validated against this schema, so ensure that it’s accurate or you’ll never see any results!

You can see the complete schema by running dropsonde dev schema. Your partial schema will be merged together with the partial schemas of all enabled plugins and the system fields required for our telemetry endpoint, then printed out.

Next up is self.example. This should return example representative data. That might sound a bit weird, but think back to the dataflow for the framework for a moment. None of the telemetry data we report on is private, but any time enough bits are available then an entity is vulnerable to fingerprinting. For example, if you saw that an infrastructure was in the CEST time zone, had the locale set to fr-ch, and had tens or hundreds of thousands of nodes classified with various HPC modules, then you might surmise that you were looking at CERN and use the rest of that record as reconnaissance against them!

To avoid that possibility, the actual reported data is kept private and only a small number of trusted employees have access. The data is run through a weekly aggregation job that sanitizes and aggregates it into publicly queryable stats.

To make it reasonable to develop the aggregation queries, metric plugins are expected to provide made-up representative data that’s combined and saved as the community_metrics BigQuery table which is publicly accessible.

The following method simply generates a random number of environments between 1 and 100:

Now finally, we’ll get to the meat of this already long tutorial: gathering actual data. Since we have all Puppet libraries available to use, getting that number is also pretty trivial.

Running and validating the new metric

Obviously, you will not be able to actually submit data any data to the telemetry pipeline until the data storage schema is updated. But that’s not necessary for testing. Dropsonde internally validates each plugin schema and ensures that the data gathered matches that schema. In other words, as long as your data and schema are consistent, then the pipeline will accept and record the metrics you gather.

To validate and observe the data your plugin will collect use the preview command and enable only your new plugin:

Now the plugin is complete. Next steps are to submit a pull request and then leave it up to the Dropsonde maintainers to release it and update the database schema. We’ll just pretend for a moment that I’m not talking in the third person about myself.

But it’s not completely done yet. We’ll need an aggregation query before any results are publicly available. Our final step is to create a number_of_environments.sql file in the aggregation job repository. We’ll make sure to use the production dataset in the query.

Now all we do is wait. Approximately one week after the new metric is released, we’ll start seeing data from it show up in the public dataset.

See the actual metrics plugin and the aggregation query.

This was a pretty basic plugin. Next, I’ll write about generating a far more complex metric that involves some fairly heavy data manipulation!